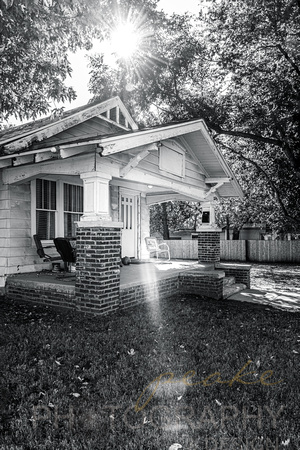 The Outsiders House, Tulsa, OK - If any of you are big fans like me of S.E. Hinton's book "The Outsiders, this photo will bring back great memories. In the early 80's, Francis Ford Coppola came with several young budding actors and kick started their careers right here in Tulsa. In 1983, The Outsiders movie was released and was a big hit with a cast of heart throbs. In 2016, Hip Hop artist Danny Boy O’Connor purchased the “Curtis Brothers House.” His goal was to restore it and make a museum. The museum is located at 731 N. St. Louis, Tulsa.