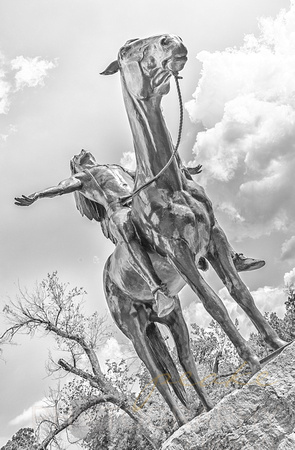 Appeal to The Great Spirit at Woodward Park

Woodward Park - 45 acre park in Tulsa that has been here since 1929.
Appeal to the Great Spirit (ca. 1909, this cast 1985), by Cyrus Dallin, Woodward Park
A one-third-size plaster version of sculptor Cyrus Dallin's Appeal to the Great Spirit was donated to Tulsa Central High School in 1923. It stood in the school's main hall until 1976, when Central closed its doors.[14] That plaster sculpture was used to cast a bronze version, which was installed in Woodward Park in 1985.[15]
Peake Photography & Design
Powered by ZENFOLIO User Agreement
Cancel
Continue